Kelp forests in Australia have been under attack for years and now similar ravaging is being seen in the USA. Sea urchins are the problem. On the East Coast of Australia, the long-spined sea urchin, Centrostephanus rodgersii, a native of NSW, has steadily moved southwards into Tasmania, leaving extensive urchin barrens in its wake.

The USA is having similar issues with kelp devastation. A severe decline in predator numbers (sea otter and sunflower starfish) and an oceanic “heat wave” has helped the purple sea urchin population to explode and they are fierce competitors for any available food. “They’re like cockroaches of the ocean,” Dr. Mastrup said. “They can endure starvation conditions much longer than most of the other critters.”

Tasmania has been managing their long-spined urchin numbers by maintaining predator numbers, specifically large rock lobsters. California is having a tougher time controlling the damage… 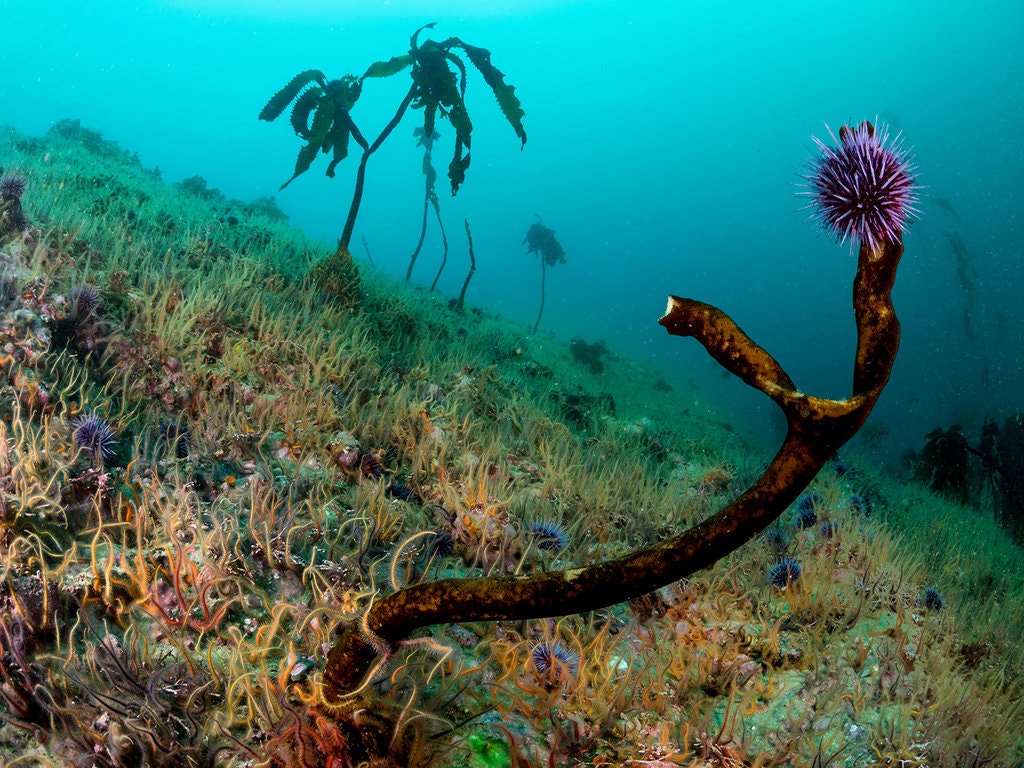